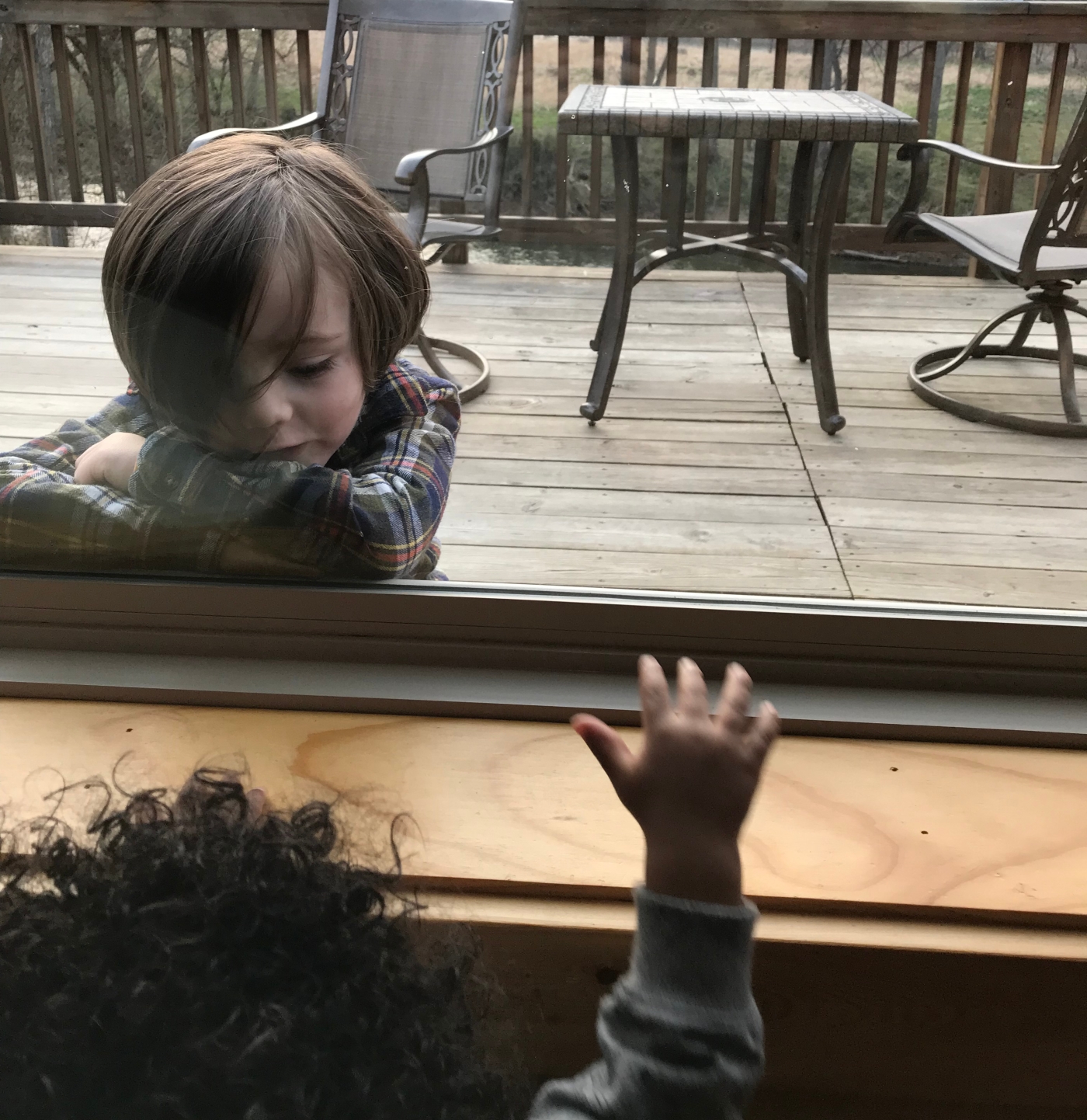 Every night, I tuck four little boys into beds. I kiss droopy eyelids, tips of noses, and brush my lips across the skin of silken brows. I inhale their sweaty boy scent and hold on to it as long as I can. I often fall asleep, my nose in their hair, tiny feet jammed in my abdomen until the calm between dreams and dawn when I drag my tired body up the stairs and into my own bed. But there are some nights when I can’t bring myself to leave them as the dark whispers things no mother wants to hear. I wake at 3 a.m., arm asleep under a toddler’s neck, drool pooled in the folds of my elbow, and I lie paralyzed, convinced that only my body can protect them from whatever dangers await. And so, I stay.

But what if my body could not protect them? What if their body, and the bodies of those who looked like them, were used as the justification for their destruction? What if the bodies that looked like mine were the tools, the weapons used against them?

I was faced with that question this past week as I watched a police officer’s knee steal breath from a body, one that looks nothing like mine but everything like the body one of these four little boys will someday grow into. I hold this little boy as he snores ever so slightly, drifting into REM, chasing puppies or frogs or whatever it is little boys chase in the safety of their dreams. But these dreams and the warmth of my body cannot keep him safe forever. As I whisper prayers over him each night, I know that he will grow out of this little boy vessel. He will become a Black boy and then a Black man. His body will betray him through no fault of its own but through the lens by which America will see that body and then blame that body for its own demise.

I spoke with a friend this week who is cool and tranquil, always composed, but this conversation was charged with the atrocities of recent days. Her sadness, her worry and frustration, her rage spilled over as she talked. She had watched the destruction of George Floyd’s body, adding his murder to the collection of murders she’s seen ravage the Black community, her community. Raw and open, she spoke of her fear, how taking her son to the park one short block from her home felt unsafe in this America. Could her body protect itself? More importantly, could it protect his?

I thought of her the following day as our family loaded up all four of our children and headed to a nearby park to run off steam from these long days spent indoors. I thought of the freedom and ease with which I have always lived my life, with which three of my four children will be able to live theirs. I watched as the littlest boy bounded off through the woods, his brown skin glistening in the sunshine of the day, his beautiful body safe amongst the trees for today. I watched him call out to the turtles and scoop up handfuls of sand, and I thought of my friend sitting inside her house under the weight of a responsibility I will never know, a responsibility no mother deserves to carry.

“And you must be responsible for the bodies of the powerful – the policeman who cracks you with a nightstick will quickly find his excuse in your furtive movements,” continues Coates in his book, penned as a letter to his Black son.

That night, I lie awake again, watching the chest of a little brown-skinned boy rise and fall with each breath, breath that can be taken by power of authority, authority that, yes, is sometimes found in uniform. But over the past few weeks, and for the duration of American history, we’ve seen that this authority, in all actuality, lies simply in one’s Whiteness. No badge needed. No uniform required. This authority to steal another’s breath resides in the casual clothes of a woman in Central Park, the attire of three armed men in a truck, the blindness of those shouting, “All lives matter!” when we have been shown time and again that they do not.

And if this assertion brings your White body to a screeching halt, crying “But all lives do matter!” then you do not serve this little Black boy or any child. In all honesty, you are one of the things keeping me up at night, as this message, though well-intentioned, is false; all lives cannot be valued until Black lives, and all those who are marginalized, are equally as valued as White lives. This claim effectively erases the sweet, sleeping boy, nuzzled in the crook of my elbow, just as it discards all those Black bodies that will never wake. It negates the very real fear of mothers with children tucked away indoors under watchful eye, silences the ultimate devastation of parents who eventually allowed those children into the world just to be shown how little that world thought of them. “All lives matter,” denies America’s ugly reality and allows the violence against Black bodies to continue, bodies that once belonged to little boys and little girls, dreaming behind freshly kissed eyelids.